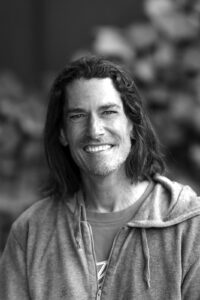 Andrew Cullen is a Sculptor and Public Artist. He works predominantly in metals and wire variants. His first significant Public Art piece, ‘Dune Grass’, was exhibited in the Swell Sculpture Festival in 2010 and now resides in the Gold Coast Broadwater Parklands. He has been the recipient of the Sculptor’s Society Tony Palmer Award (2015), Swell Sculpture Festival ‘People’s Choice’ (2016) and overall winner in 2018 in collaboration with Dion Parker. Andrew has three purchased major sculptures on public display in Kingaroy, Murwillumbah and the Gold Coast.

Get to know more about Andrew here

Come and see for yourself at SWELL Sculpture Festival, Pacific Parade, Currumbin 11-20 September.

We respectfully acknowledge the traditional custodians of country throughout Australia and their continuing connection to land, sea and community.
We pay sincere respect to the Elders both past and present and emerging

If you would like to support & partner with SWELL Sculpture Festival email us at enquiry@swellsculpture.com.au.